With Spring just around the corner it’s time this month to start thinking about additions you want to make to the garden this Summer, and one of the simplest ways to squeeze some extra colour into your borders is to plant Summer flowering bulbs. For the best displays, a little forward planning is required as the widest selections are available in the Garden Centre right now.

As the weather starts to warm up and soil temperatures rise in March and April then is the time to plant and as a rule of thumb most bulbs should be planted at 3 times their depth, but there are a few exceptions so check the packs for details. Generally most summer flowering bulbs such as Dahlias and Begonias enjoy a free draining, sunny position, however again there are a few that will enjoy some shade such as Lily of the valley, which will spread to form pretty ground cover in shallow soiled areas.

Top of our list for a flamboyant show of colour must be the stately Gladioli varieties, which in recent years have been considered a little “old Fashioned” but now have grown again in popularity due to their huge range of variety, bold displays and long flowering period. First introduced to Europe from Africa and Asia in around 1740 by travellers following the India trade route, Gladioli soon became popular with Botanists, and today there are over 10,000 registered cultivars making the Gladiolus a staple of Flower show benches.

The “Sword like” appearance of the foliage of these plants gives rise to their Latin name , taken from the Latin word Gladius, meaning sword and hence the association as flower of the Gladiators for the same reason. Gladioli make excellent cut flowers and are considered to symbolise honour and remembrance, strength of character and integrity. Traditionally these are the Flower given for 40th wedding Anniversaries and also the Birth Flower for August.

With blooms ranging from delicate Pastels through to Bold Yellows Reds and Purples, these make an impressive back drop to flowerbeds, and are easily planted in small groups between existing plants and shrubs were there is often little room for pot grow plants. Or try some of the Nanus varieties in rockeries and along the edge of borders where their dwarf compact habit can be used to full benefit.

Plant Gladioli around 10cm deep in groups in a sunny free draining spot and at 14-day intervals to extend their flowering season. They will also benefit from a sturdy stake, high potash feed such as Tomorite in the growing season and regular watering to enhance their blooms.

Whilst Gladioli are generally not frost tolerant and will sometimes survive with a thick mulching in Autumn the only guarantee for survival in our region is to lift and store once die back has occurred. However the relatively low cost of these show stopping plants makes them comparable to annual bedding plants and can supply you with an abundance of bouquets for your home all season long.

What you can read next 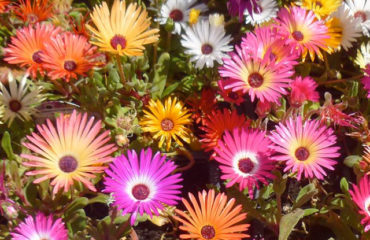 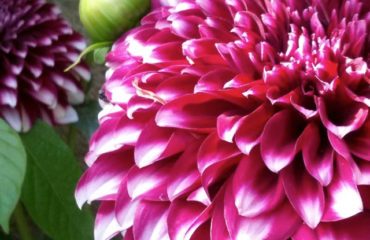 The dazzling and majestic Dahlia

This website uses cookies to improve your experience while you navigate through the website. Out of these, the cookies that are categorized as necessary are stored on your browser as they are essential for the working of basic functionalities of the website. We also use third-party cookies that help us analyze and understand how you use this website. These cookies will be stored in your browser only with your consent. You also have the option to opt-out of these cookies. But opting out of some of these cookies may affect your browsing experience.
Necessary Always Enabled
Necessary cookies are absolutely essential for the website to function properly. This category only includes cookies that ensures basic functionalities and security features of the website. These cookies do not store any personal information.
Non-necessary
Any cookies that may not be particularly necessary for the website to function and is used specifically to collect user personal data via analytics, ads, other embedded contents are termed as non-necessary cookies. It is mandatory to procure user consent prior to running these cookies on your website.
SAVE & ACCEPT